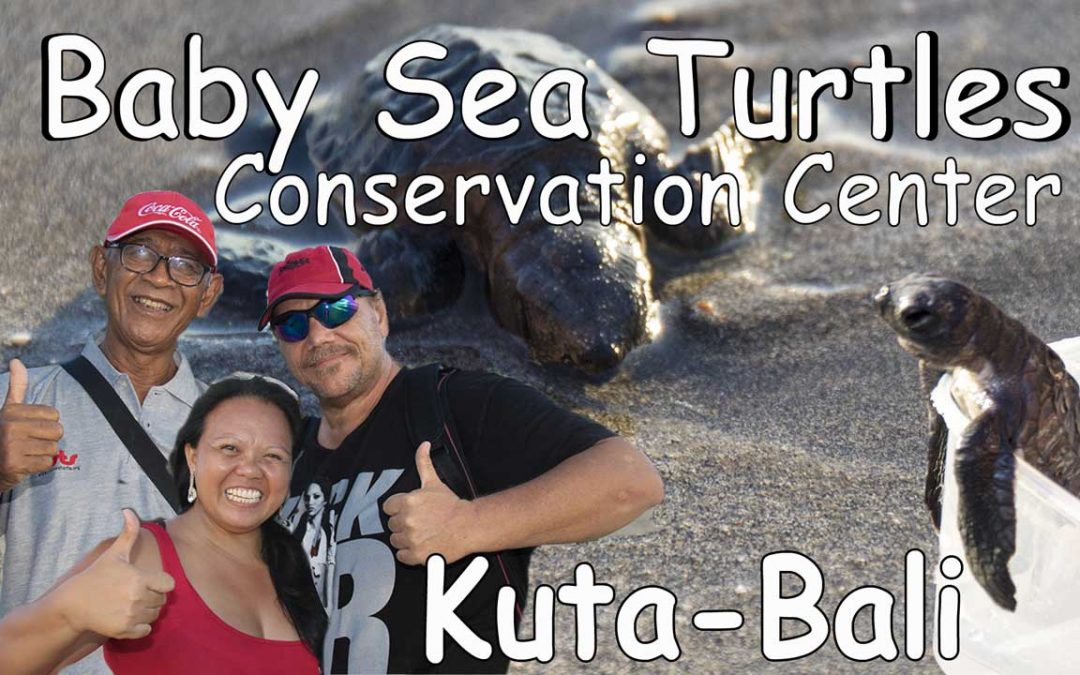 I, Dive Monster Sr, was just recently with Monster-Mama in Bali for a short vacation. One day we went to the Sea Turtle Conservation Center, which was just located next to our Hotel. We learned, that there will be the chance, that we can release some Baby Sea Turtles just before Sunset into the Ocean. Of course, we took the chance and got back in time to participate in that little event.

I had the chance to talk a few minutes to Ngurah Tresana, the head of the  of the Sea Turtle Conservation Center, who runs the canter since about 20 years with his team. The species they have there are Olive Ridley turtles. Compared to the wonderful creatures we see around here in Dauin and Apo Island, they are a bit smaller. The Team of the Bali Sea Turtle Society receives calls from all over the Island, but mainly the surrounding area. They head out there and get the eggs out of the sand, before predators can get them.

At their facilities, they burry the sea turtle eggs them again and put a marker of the estimated hatching on it. That can take up to 60 days. According to Mr. Tresana about 90% of the turtles hatched and can be released into the ocean. I had a lot of more questions, but he had little time, as they just received a call to collect more eggs. 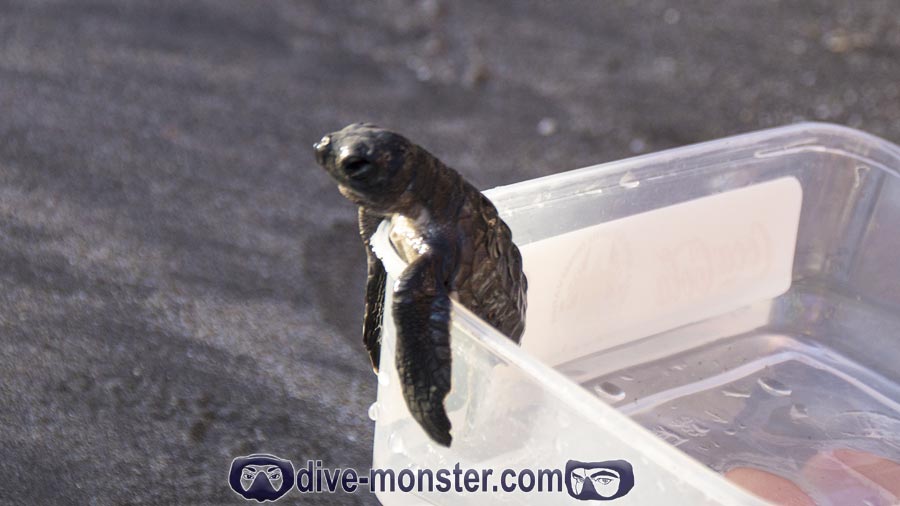 After we arrived at the center, we waited a few minutes until the people in charge arrived. First, we got a short briefing, where they announced, that there is only a limited number of hatchlings. Well, we were there in time and some of the first people there. Putting on my evil eye, I scared away all little kids and other creatures who wanted to cut the line. A bit elbows and MonsterMama’s death stare did the rest of the trick.

While it is generally a free activity, it is expected and asked to give a donation. That is only fair, as it is a non-profit organization, who need each Rupiah. I stuffed 100.000 IDR, which is worth a couple of beer, into the donation box. After that we both receive one baby turtle in a box without lid and a little water in it.

We just crossed the walkway to the beach and stopped about 5 to 10 meters to the water. They drew a line into the sand and the boss gave some last instructions. We were not supposed to throw the baby. Well, it maybe common sense, we learned, that some are actually trying to throw the little creature. 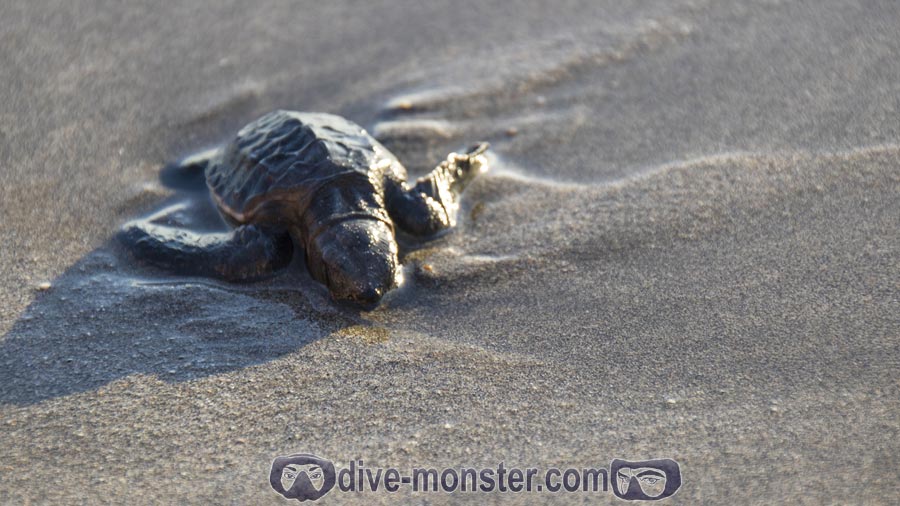 The procedure of the Bali Turtle society is simply, that the guests don’t interfere with the babies. They have to fight their way into the ocean and following their instinct. No touching, no .

It might be nothing special for most people, but it was a wonderful experience for a real Dive Monster. I simply felt good about it all. And I am sure of course, that my little baby Olive Ridley turtle is by now a master of the tides and feasts on all delicacies the waters surrounding Bali are providing.

How to get to the Sea Turtle conservation Center in Bali?

It is close to the Hard Rock Hotel. When you are there, just go down the Beach and a little to the right. You can’t miss the big sea turtle at the conservation center. The release of the turtles takes place from May to September at 5pm. It might not be daily, as it is depending on the hatching of the turtles. Especially early May and towards the end of the season, it may not happen each day and the numbers might be limited. But even if you don’t release your own turtle, it is half an hour of your stay in Bali you don’t want to miss. 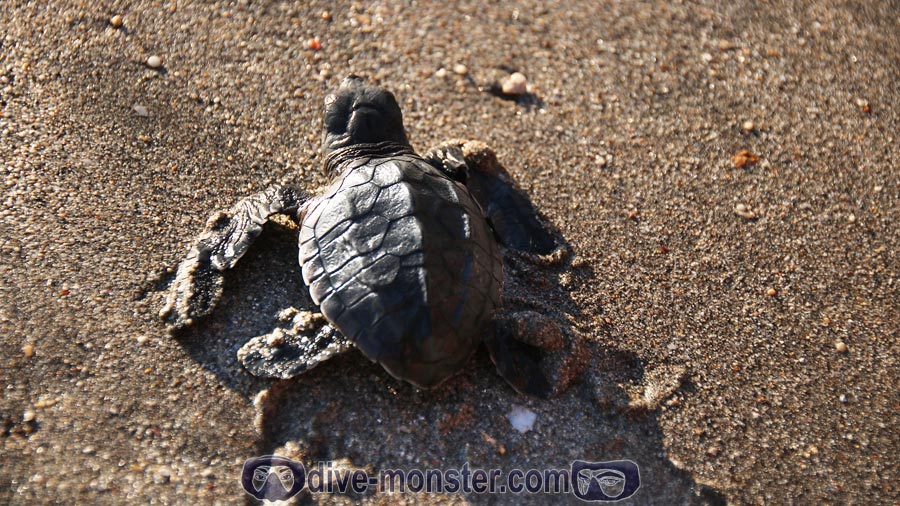