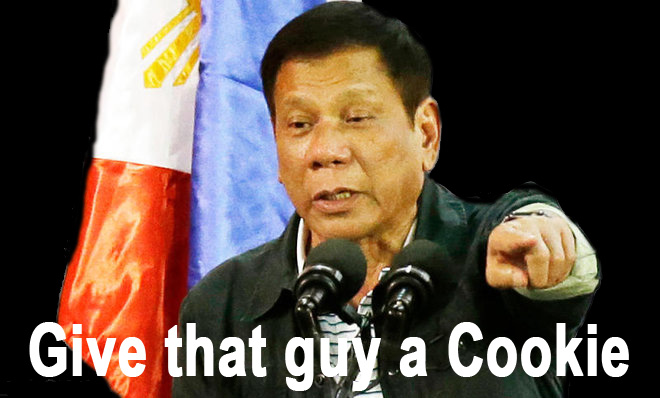 Everybody was waiting for the first SONA 2016 of the new elected President Duterte. Well, he really said nothing unexpected, between the “I kill you” statements there were some goals where one just can hope they work out fine. Well, this SONA 2016 here is something different. It is the State Oriental Negros – August 2016.

The reason for that is simply that I get quite some mails from my friends in Europe and other countries of the world which are rather concerned, because other than some people here think, it is the common opinion that this country goes even further backwards and a 70 year old murder (as he stated multiple times) who doesn’t care about any human rights or the constitution of the Philippines, who calls Ambassadors “gay son of a bitch” and the pope “son of a whore” does not really gain much respect anywhere. To calm my friends, I decided to make my SONA 2016 for the region I am living. Well, I don’t have 2 hours time to talk, so I guess I give an example about the way things go here.


If one would make a documentary with some things happening in Negros Oriental the last few weeks, it would be just so unbelievable, that everybody would switch channel, maybe it will work as a comedy-flick, … and I really pick one example out of some to choose from…

Main-characters of that flick are a president, a congress man, a mayor, 2 policemen (personal security of the congressman)

Scene 1: President announces more than 100 public officials from Judges to Mayors and Police Leaders to be connected with the drug-business in the country. There are people on that list which are not in office or even dead since many years, but who cares anyway…

Scene 2: Mayor denies all involvement and suspects political plot of his enemies.

Scene 3: Congressman admits he was a drug addict many many years ago but is clean. He suggests drug pushers and addicts get rehab in public schools. (Yeah, I am not joking, he wants groups of 50 and more drug addicts hanging around at the gates of public schools at 5:00pm when hundreds of kids are on their way home, great idea…) Scene 5: One of the policemen is absent from work since weeks and finally brings a medical certificate two weeks later stating that he can hardly stand. Of course, he drives with his motorbike to the police station located 100 Kilometers from his hometown.

Scene 6: Following day the same super-sick policeman gets busted in a “Buy-and-Bust” operation, where he tries to get hold of the gun of one of the officers, but didn’t succeed.

Scene 7: “Buy-and-Bust” Operation took place in a hotel owned by the Mayor accused to be involved in illegal drug-trade, which he denied vehemently.

Scene 8: In the pockets of the sick, busted policeman who was close-in security of the clean congressman:

The sources mentioned are simply to verify that I don’t make things up. While my friends here probably know this is normal here, my friends from abroad may still not believe it.

Important Note: I am not judging if there are any connections, or if the stories are wrong or right. All may be a coincident. I just summarized the events of 2 weeks in 8 scenes based on the newspaper articles.

For living here as an alien (that’s the term for foreigners here) there is only the option to take this with a chuckle and not asking any questions and certainly not trying to understand things!!!

One of the first advises I got here many years ago was: “Never ask more than ONE “Why-Question” per day, if you don’t want to get crazy. I stick to that rule and try to use is with simple stuff like: “Why is no bacon on my plate?”

…and let me tell you, it works great…