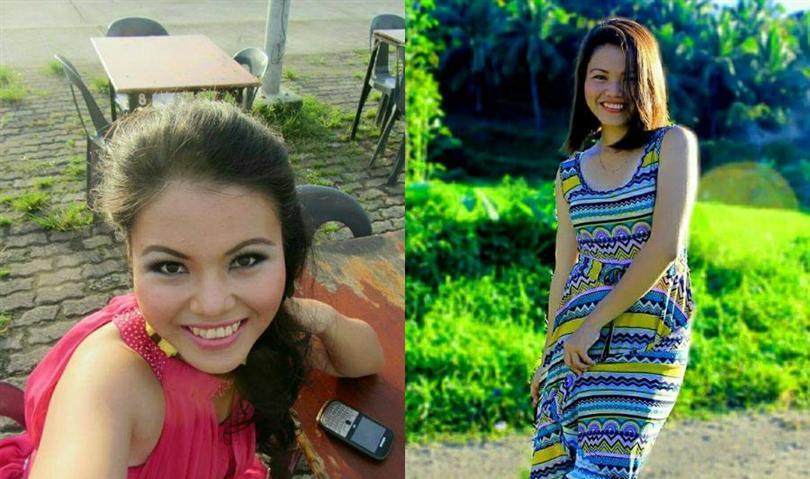 Sometimes I am sitting in front of my box and are supposed to work for a few hours but a headline pops up in my newsfeed and I am disturbed, unable to focus on my work.

Exactly that happened this morning. An one month old headline came up again. As I was just about to start modifying pictures of a beauty contest it was a weird coincident. The headline was about Mary Antoniette Acedo who died in a hospital from an overdose of slimming pills just before the coronation night of Miss Dapitan 2015. According to several sources including ABS-CBN, Mary Antoniette Acedo from Roxas in Zamboanga del Norte was rushed to the hospital as she suffered through a photo-shoot for Miss Dapitan 2015 contest with severe vomiting, stomach pains, and other symptoms related to damages to her internal organs.

To prepare for the finals she took at least 4 capsules per day. After five days in the hospital her young body gave up. She died of multi-organ failure.


Four capsules is the recommended dose for obese people. Mary Antoniette Acedo weighted just over 40 kilogram, which is not only far from being obese, but even further for the need of slimming pills. She bought them online and took them with the knowledge of her mother Mary Jane.

This are the capsules found in the room of the young woman. (source: kickerdaily.com) Now, if you just take a quick look at the website of that “company” you know that there is something fishy: shopcaliproducts.com

Now, her name may stand for many others, it is just an example which can be witnessed on thousands of occasions throughout this country. I am not talking about the loss of life, it is really the lost life of Mary Antoniette Acedo. As I could not really focus on my work I spend an hour of research. This lovely young lady was constantly participating in beauty contests and any kind of spotlight hunting for a few minutes of fame, which she now sadly achieved on national television in a way she certainly did not wish to…

Mary Antoniette Acedo appeared to be like on a “contest & pageant-tour” since she was young. We have seen this pageant-touring many times. Participants are one month Cebu, the next month somewhere in Negros and after that a beauty-product contest. Who is in charge of the death of Mary Antoniette Acedo

Her mother Mary Jane wants to bring justice to the death of her daughter and hopes to get any further to the distributer.

In all honesty, shouldn’t mother Mary Jane just look into the mirror to find at least one of the guilty persons? Knowing and obviously supporting a 40 kilo teenager to take slimming pills is just as guilty as a parent can be who’s first priority should be to take care of the well-being of the own flesh and blood.

Having written that, from own experience and witnessing hundreds of beauty pageants, I am well aware about the (and forgive me the harsh word) craziness of mothers and relatives when their offspring is on a stage. It makes no difference if it is in a school contest reciting bible quotes or a “Miss Whatever” contest. I could see many times that it is not the child who actually wanted to be there. It is often very obvious that the contestant was forced by “whomever” to do so.


The role of the media

Being skinny like a toothpick and white like wall paint is pretty. At least that is what commercials and TV programs are telling in many Asian countries and in the Philippine Islands in particular. A natural skin color is ugly, low social class, looks like a farmer etc. This mindset goes that many years -even generations- back, that nobody really knows why. Add to that the almost “god-like” status of celebrities; even they only have a tiny role in a weekly soap-opera.

Certainly this doubtful “beauty” is a multi-billion dollar industry. And they do what each business does: Trying to earn money, no matter what the price is. Be skinny – be white – be like your star.

Social Media and online sales-groups are full with this bogus products. Many “invest” their last few peso in a snowball system just to spam all available pages with the latest, the best and the cheapest weight-loss and skin whitening products, and even more believe it. Well, it is on the internet… it must be true.

The role of educators

Everybody who has a child knows that there is an incredible number of special events spread over the year.. From pre-school age on, there are contests. There are so many contests that really each and everyone wins once in a while, alone or as a group. And by the way, the children are many times forced to participate.

We just had recently an event where the youngest of the participants admitted on stage that she does not even know what that means, what she was supposed to say. We were also not able to get one picture of her where she is smiling, It was more than obvious that she felt extremely uncomfortable and simply didn’t want to be there.

Each person in charge, no matter if choreographer, teacher, or the parents and relatives should have taken the little girl aside and take it off the competition, release the pressure, get her out of the costume and buy her an ice-cream.

Guilt of the contestant

With having the beauty picture injected in the mind since very young age the hunger for the “five minutes of fame” is partially understandable. Many may see it as a way out of poverty and hope “to make it” as a celebrity. The internet is full of horror-stories about that cheap pills and crèmes, but like in many cases, that only counts when others are taking it. “I am different”. Like with the article about “Doc Deep”, rules only apply to others

Of course she could just have had a look on the URL of the company and all alarm-bells would ring. After something happens there is always too much could, should, and would. However, there is a reason that I am not supporting my little one in taking part of this kind of contests. She did that once because she wanted the experience. I had a close eye on that and made sure that her mothers “excitement” stood within the almost reasonable limits.

The death of Mary Antoniette Acedo was pointless, and I am 110% convinced it will not stop a single mother, relative, educator, etc to push the next girl somewhere to and sometimes over the limit.

Skinny like a tooth-pick will remain the goal of many, just to wear later on artificial ass and boobies and hair extensions on stage, the face painted and powdered white like a ghost and doing what the others want.

A young, beautiful life wasted for a crown, for a dream which was ever so unlikely to come true, for a few moments of fame.