Was Eve the first transgender woman? 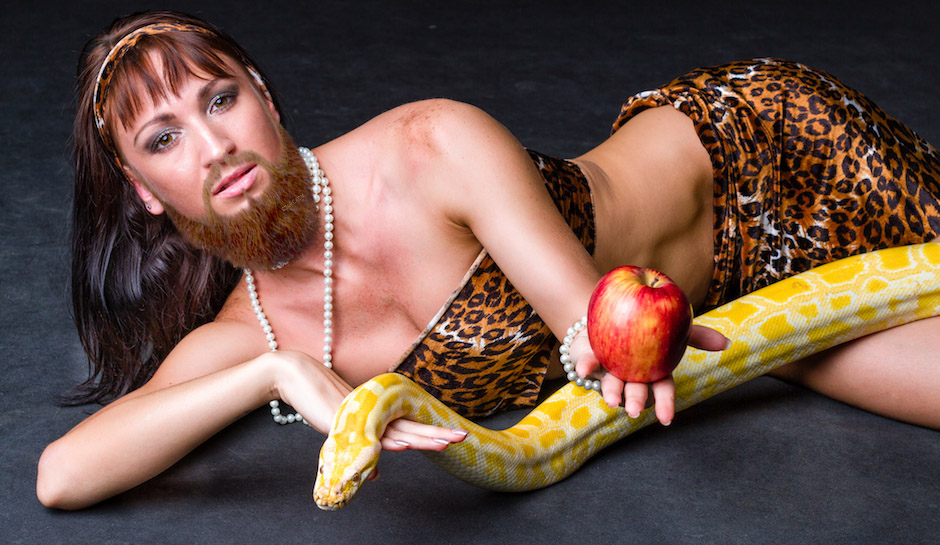 It is a rainy day and I can’t really focus on my work. My mind goes to many million topics and weird thoughts. One of them was if Eve, you know the mother of all inbreeding, was the actually the first transgender woman in our planet.

You may wonder why is that?

Well, let me explain. I spend this period of my life in the middle of people who would not wait a split-second to cheat on each and everything and tell really stupid lies for the benefit of a hand-full of rice but claim that they are the most religious and god-fearing people ever walked this planet.  So basically, one gets confronted with their church and prayer nonsense anytime of the day and night as soon one gets in touch with them.

Some of the stories are so ridiculous you won’t believe. However, I recently could not escape a sermon like speech about Adam and Eve. Now, sitting here on my desk on this rainy day it simply came up somewhere in the back of my head with the by-thought, that there is something wrong. This here is what that fairy tale says about the first woman we call Eve:

And the rib that the Lord God had taken from the man he made into a woman and brought her to the man.

So let us assume for a second or two this is true… The dear almighty, devine Lord got a bit lazy, and instead building the new creature from scratch, like he did with everything else, he is using a rib, which was obviously an additional treat for Adam but somehow useless like an appendix.

I am not a rocket scientist or doctor, but that is pretty common knowledge, isn’t it?

Being able to multiply, the dear almighty would have to step in again and change some stuff to have the transition to a female in place. Thus, making Eve the first transgender woman.

Just to close this little thought, Genesis has a lot of real funny stuff. Here is one to all religious woman. I came across it when looking up the quote about the rib:

The LORD God said, “It is not good for the man to be alone. I will make a helper suitable for him.”

Well, good that I am not religious. I don’t want to be together with a person which originates from a transgender and I prefer mature women on eye-level (not in size and height, though) with personality and character. Just a helper would not do it for me by any means.