The most Dangerous Fish !!! 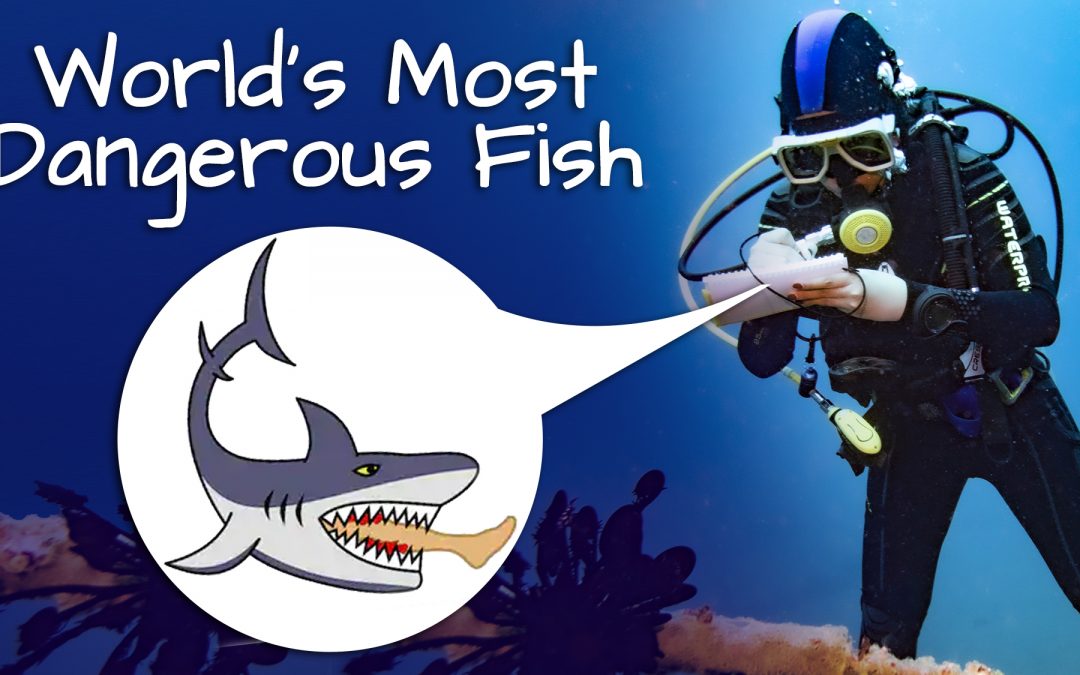 During our deep dive at a local site in Dumaguete/Dauin called “Car Wrecks”, about 30 minutes into the dive, we encountered a life-changing event that left us in a blood feast underwater.

Many people may think that the world´s most dangerous fish in the ocean is a shark. Some may have the Titan Triggerfish in their mind. Others think of the deadly venom of a blue-ringed octopus or a sting from a highly poisonous box jellyfish. All we can say is, that you are wrong!

The most dangerous fish is the Saddleback Clownfish

The most dangerous fish in the world is a favorite of many people. Some even think they are funny. However, there is nothing funny about the Saddleback clownfish. Quite the contrary!

They are blood-hungry mean creatures. It is reported that they can gulp down a whole diver with just one bite… including tank and regulator, that is!!!

The two dive-monsters escaped the attack of the world´s most dangerous fish only with knight-worthy bravery paired with an unprecedented will to survive. After a tremendous fight and the loss of a tremendous amount of blood, the Dive Monsters made it back to the surface alive.

Most regular humans would be shell-shocked by the dramatic experience, the two brave-hearts went through and would never go even close to the ocean anymore.  However, Dive Monsters are different! We are ready to face the monsters of the abyss. We lost one battle, but not the war!

This video of the Most Dangerous Fish in the World contains sensitive content such as blood, screaming, and underwater swearing. Watch at your own risk!

The Saddleback Clownfish (Amphiprion polymnus) is by a mile and a half the most dangerous fish in the ocean. That might be the reason that he is not allowed in any regular reef community. His settlement is usually in an anemone off the reef on a sandy bottom. There he inbreeds over many generations an accepts no visitors other than a few porcelain crabs and shrimps. As it is in real (human) life they grow older and bigger, while the largest and biggest is, of course, always a female. Scuba divers should not be surprised, that biting is their main defense. Many of my fellow dive-buddies know that from their own earthly life.

The Saddleback Clownfish is a hermaphrodite. That means, it can change gender from male to female and will be fully functional. The second largest saddleback in the anemone is the breeding male. He turns into a female, when the annoying and biting chick finally hits the sack. However, that is also the time, when the male turns into one of that weird characters itself until the end of its days. 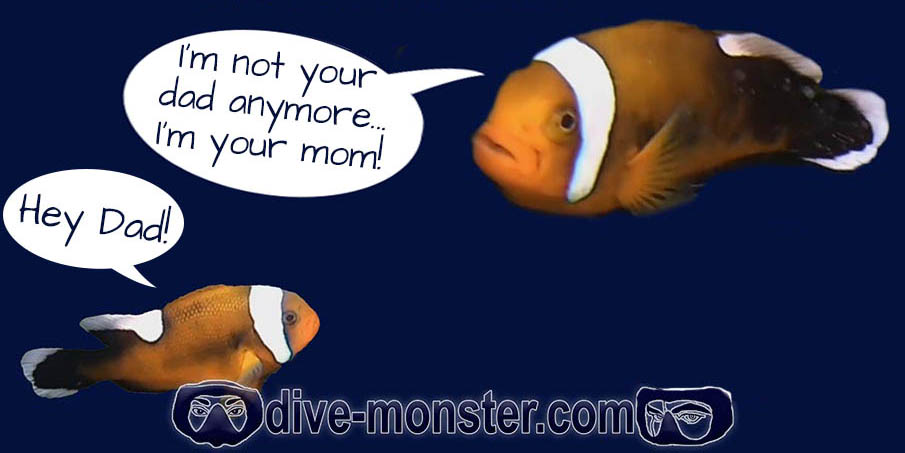 Now, some may still think that Clownfish are funny. However, simply watch the video again and watch the pure evilness of that blood thirsty creature as many times as you need, until you agree with us, that the saddleback clownfish are the most dangerous creatures in the world.